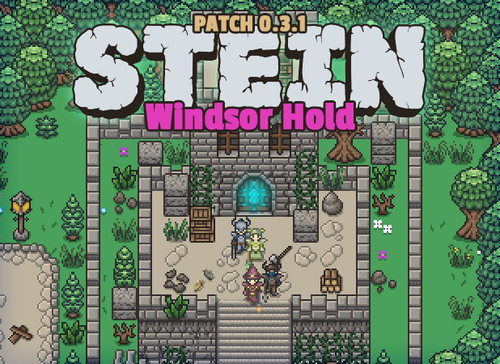 - New Wave Dungeon: Windsor Hold (1-5 Players)
- New Crafting Resource "Livisum" which can be obtained in Windsor Hold.
- New Crafting Books which can be bought for "Livisum"
- New sets for each class.
- 3 new weapon types per class.
- New Quest which awards one backpack slot.
- Bank: In Waldenbach the first bank opened its doors for business.
- Provides initially 10 slots of storage.
- Storage can be extended by 10 slots up to 3 times for gold (for 100.000 Gold, 1.000.000 Gold, 10.000.000 Gold).
- Storage can be extended by 10 slots unlimited for 100 gems.
- Bank storage will be shared between all (future) banks.
- 150 new items.
- New visual effects for weapons.
- Keys for dungeons and wave dungeons where removed from the gem shop.
- Replaced the Strong Potions with the Lavekawa Potions in the gem shop.
- Hit chance reduction will now start when the item is more than 3 levels below your own level.
- Removed warning popup on mobile (which was there because of the world display bugs)

- The current zone is now always displayed when you enter a subzone.
- Gold prices at traders are now color-coded correctly and display the gold icon.

- Item "Fortuity" now has the correct level requirement of level 29 (before patch: level 26).
- Item "Consecration" now has the correct amount of affinity points of 1 (before patch: 2 points).
- Trashing your selected weapons now updates your character appearance.
- Fast attacks no longer skip animations.
- Fixed a bug where Decorations could be placed multiple times.
- Fixed a bug for mobile devices which caused a black or a scrambled display of the game world.
- Fixed resource loading which caused a mixed mode warning in browsers.